In Zagreb and Dubrovnik, an unusual event could be seen. Shingetsu-kai, a Japanese male choir from Kwansei Gaukin, theatrically performed the well-known art of  Ivan pl. Zajc "Nikola Šubić Zrinski" performed by Japanese students as a university hymn for 95 years!

There is a well known connection between Croatian arias and Japanese students. The male choir of one of the most prestigious Japanese faculties Kwansei Gakuin, is famous by their singing of "In battle, in battle", a famous aria from the opera "Nikola Šubić Zrinski" Ivan pl. Zajc.

Japanese soldiers heard Zajc's piece after the First World War, during the overhaul of the American ship Hefrona in Kobe. They liked it so much that they had learned the lyrics.

The Japanese choir sings this on Croatian language for 90 years, and it was believed that the character and work of Nikola Zrinski od Siget found its devotees in far-off Japan just because of the courage and honor of Samurai's death. However, only in the last thirty years they know that it is Croatian aria.

Well trained ear may perhaps notice the wrong pronunciation of some words in the appearance of the impressive Japanese choir, but it is justified by the fact that they lived in the belief that it was on Czech, Slovak, Macedonian, and even Serbian language...

Finally in 1979 they discovered the true origin of the hymn that celebrated them and that they have performed for almost a hundred years. After investigating the pronantiation and finding the correct words, their performance has now been brought to perfection.

Ten alumni choir members stood in front of the audience, of which the oldest, Mr Oda Yoshiyuki, is 85 years old.​

Our CEO welcomed members of the Shingetsu-Kai and expressed a sense of pride because the choir carries the specially designed Croata ties. He also stressed that the symbols of chivalry, heroic act, dignity, persistence, courage, strength and full accomplishment of duties are part of both the arias and the Croat missions. And these qualities combine the best of Croatia with the best of Japan. Our CEO also turned his attention to the character of Nikola Šubić Zrinski, which is always depicted on artwork with a tied scarf around his neck - the forerunner of the today's ties. He urged the audience to wear the scarves and neckties with pride, as it is not just about decoration, but about the Croatian cultural heritage. 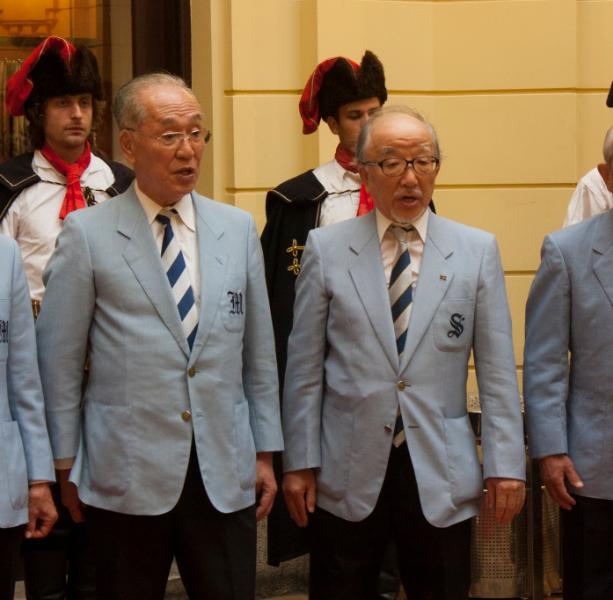 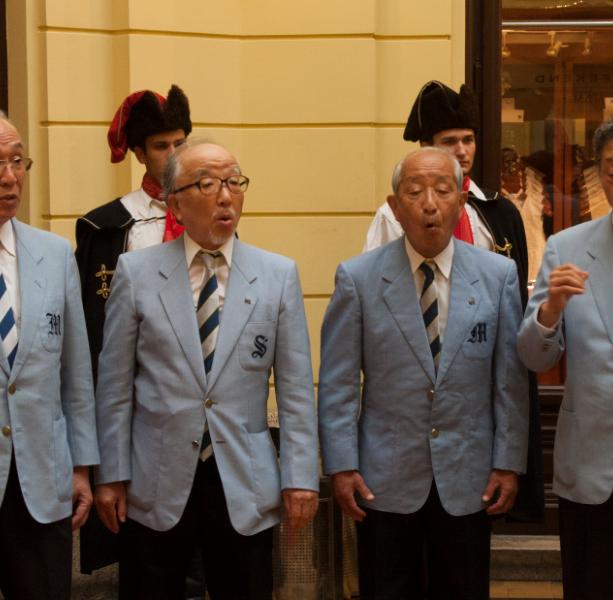