At the very entrance to the charming city of Zadar, in the Cedulin palace⁠ – a place of historical and cultural significance⁠ – a showroom of the luxurious fashion brand Croata was opened. In the awe-inspiring interior of the former residence of Zadar’s 12th-century aristocratic family, the CROATA Museum Concept Store illustrates the strong ties between fashion, tradition and cultural heritage.

ometimes people walk in just because they want to throw a glance at the store. Their attention gets drawn by a nice display window, a nice text sign, or they just feel like they need to see something new and look around the store after a wearisome wander around the melting streets of a city under the hot Sun. Some places are more or less pleasant, some are boring, while others are so classy that they make you feel uncomfortable. However, there are also places that make you want to stay there forever. 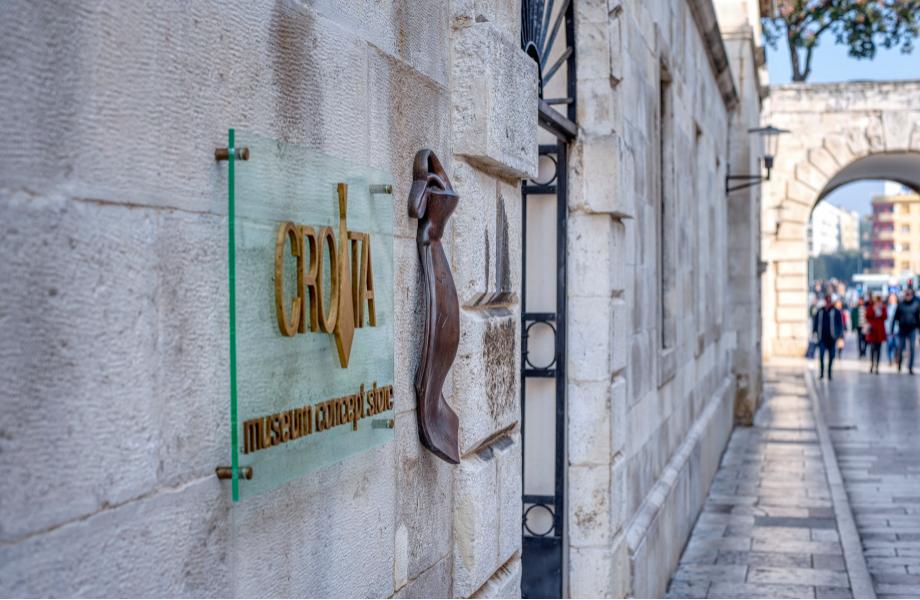 Limestone, which was used for paving numerous streets in Zadar and which enchants visitors to Dalmatian towns and cities, represents a stark contrast to the luxurious golden tones of the interior design.

his is the new design concept of the interior of Croata’s showroom. It makes you feel as if you stepped into an enchanted narrative, or into an aristocratic family’s drawing room. One cannot be quite sure whether this belongs to the late Classicism or to the Empire style with distinct Roman elements. Or maybe it represents a fusion of styles marked by the omnipresence of patterns, golden tones and tastefully arranged designer furniture. Such furniture does not undermine the exhibitive purpose of the museum no matter how luxurious it may look. 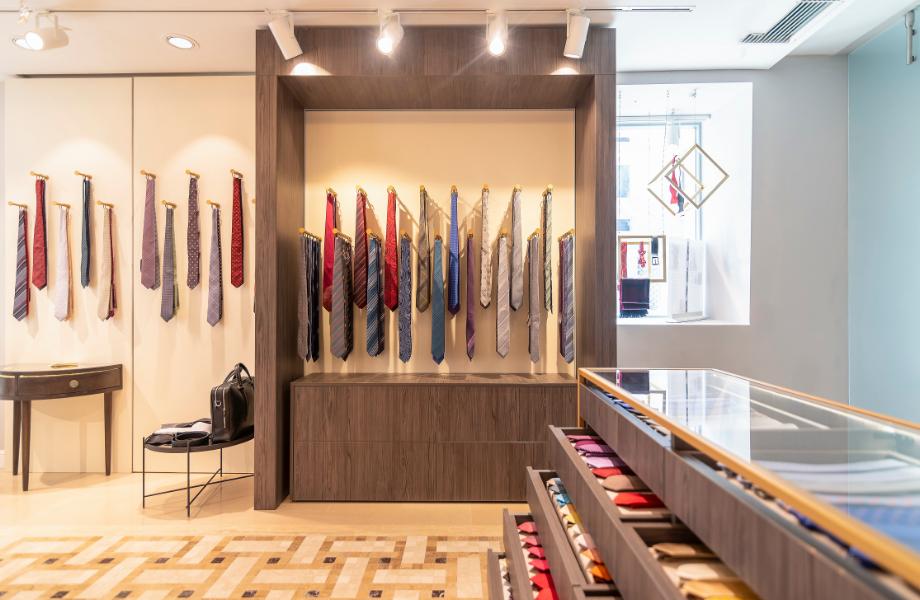 The floor mosaic comprising the motif of a stylized interlace acts as a keeper of the past. As such, it enters into a perfect fusion with carefully chosen decorative furniture and adds to the harmony of the design, reflecting the tradition through modernism and innovation, which are synonymous with the Croata brand.

nd since this is, after all, a museum, you’ll get the chance to hear the story of the cravat, which embodies and promotes Western values as a symbol of culture and grace.

The CROATA Museum Concept Store tells the story of cravat’s origins through a series of exhibit narratives about famous people from Zadar. This can be described as an interpolation of a museum into a commercial space, representing an innovative step in the retail business. This innovation was recognized as early as 2008 at the Milan European Forum of Company Museums, attended by brands such as Ferrari, Ducati, Siemens, Guinness and Sony. Sometimes people walk into a store just because they wish to have a look. Their attention gets drawn by a nice display window, a nice text sign, or they just feel like they need to see something new and look around the store after a wearisome wander around the melting streets of a city under the hot Sun. Some places are more or less pleasant, some are boring, while others are so classy that they make you feel uncomfortable. However, there are also places that make you want to stay there forever. 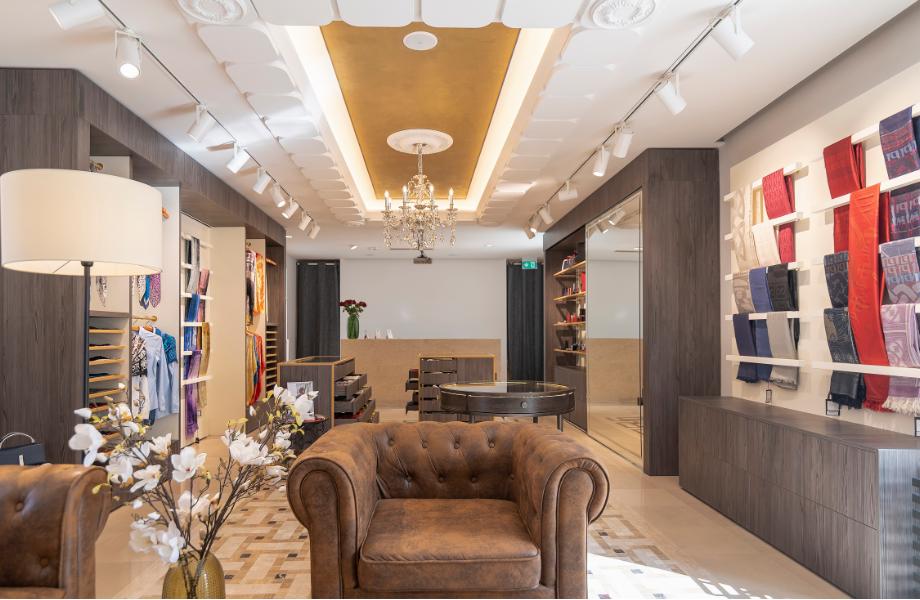 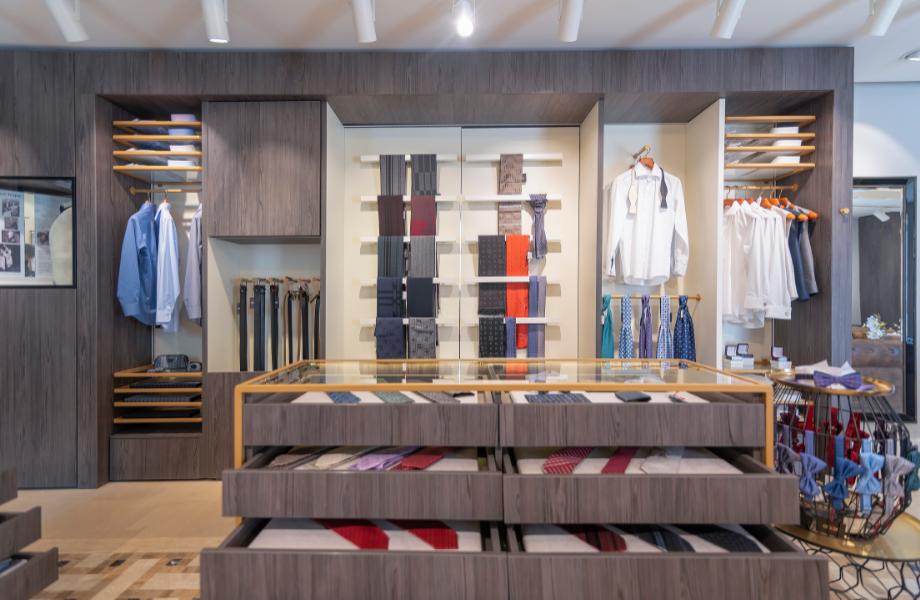 If we add a colourful array of scarves, shawls and cravats into the mix⁠ – along with a wide range of products including numerous men’s and women’s fashion accessories and shirts⁠ – this creates an environment that inspires awe not only in the local population, but also in tourists, who fall in love with this domestic brand of ours and with one of Dalmatia’s most stunning cities year after year.

One should bear in mind that the interior based on this new design concept, which does not lag behind the world’s leading brands, is the work of a female architect with French influences. This may very well be a case of history repeating itself considering that in the 17th century it was also the French who took over the Croatian military uniforms and adopted this piece of clothing, wearing it a la Croate (Croatian style). 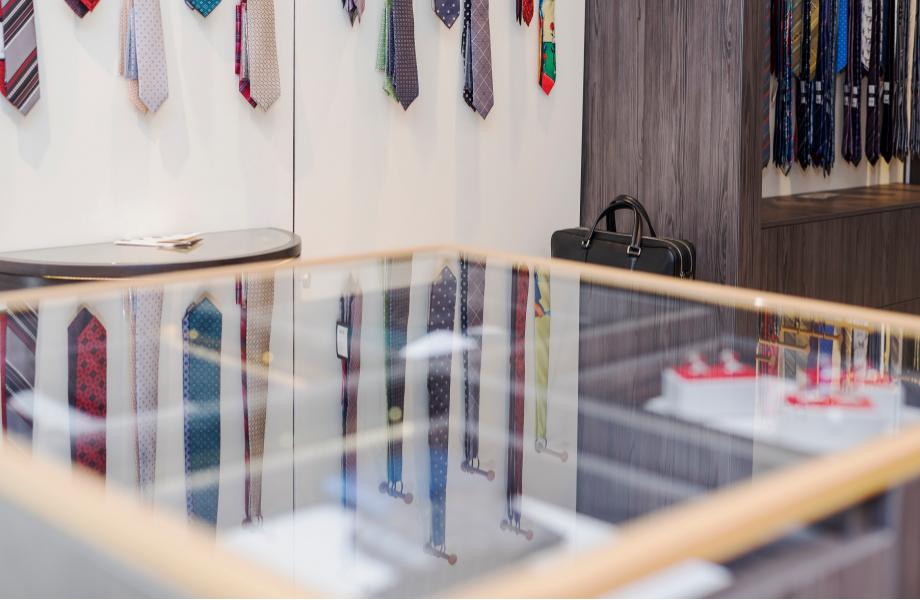 There have been many stories, poems, and songs dedicated to this Dalmatian city, which saw, among other things, the establishment of the first Croatian university: the philosophical-theological learning institution founded by the Dominican Order as early as 1396.

The drawing room also hosted the presentation of Krešimir Ćosić, an icon of Croatian and the world’s basketball, and one of the best European basketball players in history. This famous basketball player and coach became a member of the Basketball Hall of Fame and left his mark on the continent where basketball itself originated.

Zadar is also the birthplace of Špiro Brusina, dubbed “the father of Croatian marine biology” and a co-founder of the Croatian Society of Natural Sciences, who was a world-renowned zoologist and a good friend of Charles Darwin himself.

However, the story does not end here. Do you know what are the ties between the city of Zadar and the American musical “The Sound of Music”? Marine Officer Georg von Trapp was born in Zadar, and it was his family that was portrayed in the story and the 1965 film starring Julie Andrews and Christopher Plummer. This is a story about family values and human ideals accompanied by a touching musical made over 50 years ago, and it is story which we still hold dear.

Do you want to find out what the must-sees of Zadar are and how Croata’s drawing room interpolated with a museum in Osijek looks like? We will leave this for some other time because we cannot stay at the museum forever, even though we would very much like to. Also, we have to hurry to the sea promenade to see the sunset. During his visit to the city, the famous director Alfred Hitchcock, who enjoyed wearing cravats, said that Zadar has the most beautiful sunset in the world. The story of Hitchcock’s time in Zadar can be found both in CROATA’s showroom and the sea promenade where he marvelled the sunset beneath the sea.

However, before we go, we need to return to the present and say one more thing. Even though it was not easy to create a new cultural and tourist attraction, this is precisely what the Croata brand, which has made the cravat a true symbol of Croatia, managed to do in cooperation with the non-profit institution Academia Cravatica. This is much more than a simple retail showroom, since it helps to promote this unique Dalmatian city and Croatia as important factors of European culture. Fashion and beauty, historical heritage and innovative concepts, a fusion of tradition and contemporary currents: this is the Croatia we want, even though we are sometimes not aware that this is something that we already have. 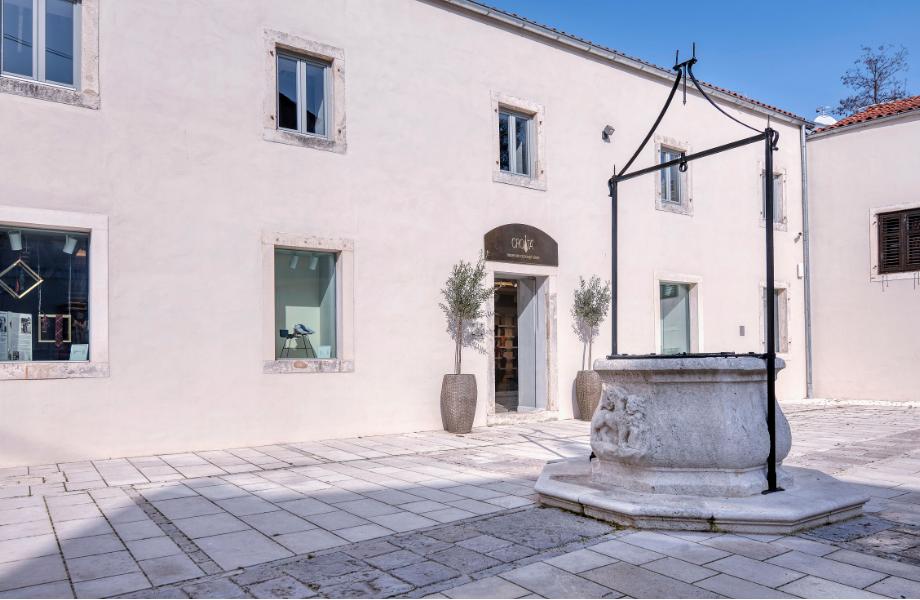 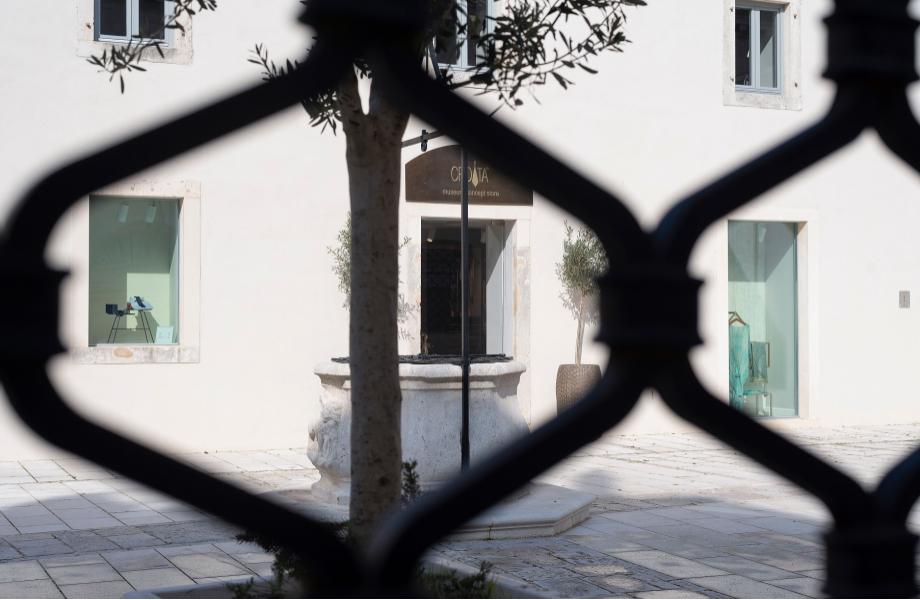